An infection or inflammation of the middle ear, otitis media often takes its form when infections that commonly cause sore throats, colds, or other respiratory problems spread to the middle ear. These types of infections can be either bacterial or viral and the disease primarily affects infants and young children. Your ear, nose, and throat doctor in Arlington, Dallas or Fort Worth, Texas will be able to perform an examination of the ear that may show dullness, redness, air bubbles, or fluid behind the ear, all of which may signify that you have a middle ear infection. Another sign of otitis media is when the eardrum bulges out from the skull or retracts inward.

Otitis media is the most common diagnosis recorded for children who visit an ENT doctor. In extreme cases, it may result in hearing loss in children. While otitis media is most commonly found in children and young adults, some adults may also be affected. This infection usually occurs in the winter and early spring months. As your ENT doctor in Arlington, Dallas or Fort Worth will note, otitis media is a serious ailment, largely due to the severe earache and potential for hearing loss. It is also considered a serious infection because it can travel from the middle of the ear to nearby structures in the head, including the mastoid. It is incredibly important for you to be aware of the signs and symptoms of otitis media and contact your ENT doctor in Arlington, Dallas or Fort Worth, Texas immediately if you are concerned you or your child may have a middle ear infection. 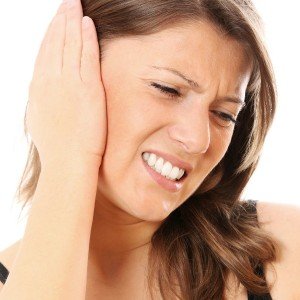